I’m with the banned 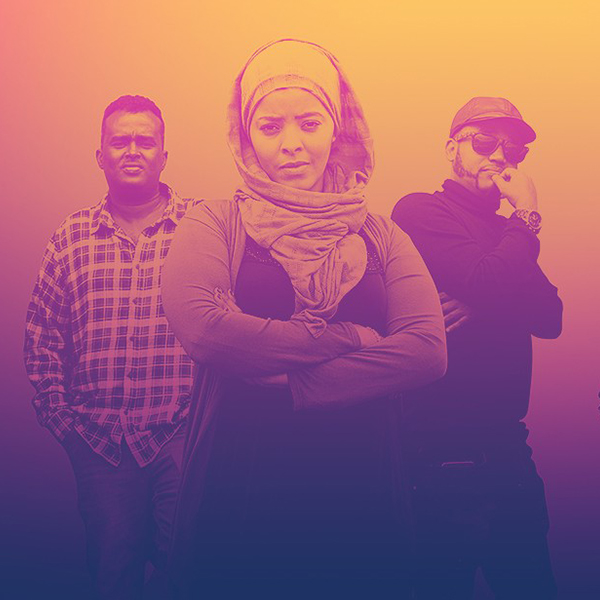 In the wake of this controversy, Spotify decided to lend its hand by elevating the voices of musicians from these communities—and by focusing on music, which has always been at the center of resistance, empowerment, and change.

They created “I’m With the Banned,” a program that brought artists from each of the six “banned” nations together with American artists to create six original, collaborative songs. They paired these songs with video content that told each artist’s story. And they supported it all with a nationwide marketing campaign under the headline, “When people can’t travel, music will.” The idea was to put a human face on this policy, and show people around the world what they truly stand to lose when people are banned.

In keeping with their role as a music company, “I’m With the Banned” aimed to put artists and music at the centre of the narrative. The artists were selected based on their unique stories, and included Waayaha Cusub, a hip-hop collective from Somalia, and Methal, one of the first female musician to play publicly in Yemen. They paired these “banned” artists with big-name U.S. artists in order to extend the reach of the campaign, allowing them to target existing fans of the U.S. artists with new material. And they released the content in sync with the Travel Ban’s path through the news cycle in 2017, to ensure impact and relevance.

The musicians met in Toronto, as travel to the U.S. was too uncertain, and the songs were recorded in less than three days. They captured the collaborations for six original films, each of which chronicled the artists’ collaborations as well as the emotional journeys the “banned” artists experienced in getting there.

The songs and films were released in multimedia playlists on Spotify. They released the playlists the week of the Supreme Court’s scheduled hearing of arguments on the Travel Ban. Months later, they followed with a long-form documentary at special screening events in LA, New York, and less than one mile from the White House in Washington, D.C.—as well as on the TV channel Viceland. And they promoted the artists in a national OOH campaign, in placements usually reserved for superstars, as well as strategic locations such as airports.

I’m With the Banned raised Spotify’s profile as a brand that is culturally relevant. The campaign was covered in Entertainment Weekly, AdAge, Politico, and more.

I’m With the Banned was also featured at the United Nations’ “Media for Social Impact” summit, and as part of the Global People’s Summit during the UN’s General Assembly. The work was recognized by Muslim Advocates, a leading organization and partner in the space, with Spotify’s CMO invited to give an award to former Acting Attorney General and civil rights hero Sally Yates.

And most importantly, the campaign made a real impact in the artists’ lives, with artists like Moh Flow and Ahmed Fakroun seeing a 145-270% increase in streams after the launch. This program took Sufyvn from being an artist who wasn’t even on Spotify to having over 4 million streams, placement on leading playlists like Are & Be, and over 300,000 monthly listeners.