Teens took over Halloween with Fanta with an exclusive transactional program that put the interactivity at the center of it. 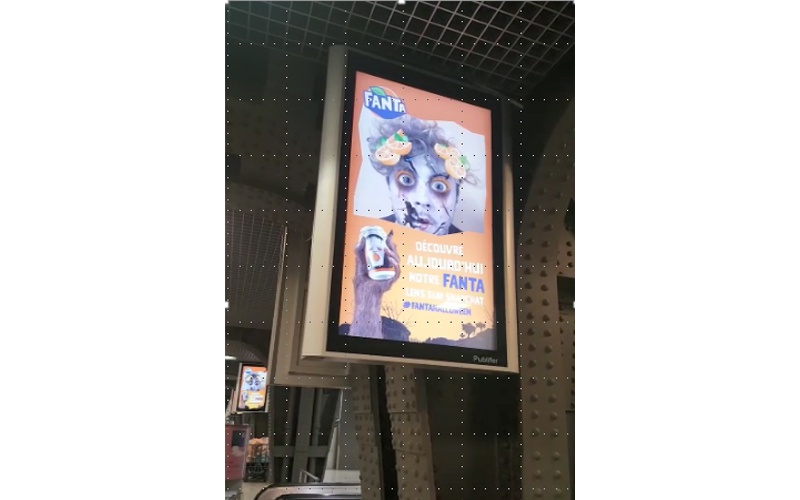 Amma Awards 2018 – Gold for Best Use of Interactive

Since 2010, Fanta volume has been in decline. This is mainly due to a loss of brand relevance for Teens (primary target 12-19 yo’s). The content and the way it was distributed was not entirely in line with the teens’ reality, their behaviors and experiences.

In 2017, the ambition was to re-ignite sustainable growth for Fanta by re-establishing brand relevance for Teens.

To achieve this, we first relaunched the brand in May 2017 with a new core creative idea: “Fanta has the fruitiest, boldest and most vibrant taste. A taste so great, it practically sells itself …. But we are inviting teens to sell it.” No needs anymore to have a Fanta marketing team, Teens can do the job!

In partnership with Snapchat, a social media platform that reach more than 1.5 mio daily active user in Belgium, Limited Edition Fanta cans and small PET bottles (250ml & 500ml) were launched with Halloween designs by Noma Bar and a Snapcode on pack. By snapping the code, exclusive Fanta filters and lenses – only accessible via packs – were unlocked for 4h. There was 1 code but the content behind it changed daily and throughout the period it gradually became scarier…

The campaign was also consistently supported with an OESP approach:

1. Fanta Halloween packs were the epicenter of the campaign (owned). To make teens continuously interact with the brand, filters and lenses changed every day.

2. The on-pack program and its content execution were so fun that we could captured a huge amount of UGC’s (earned), which were then amplified on our Fanta accounts (paid). It proved again that teens took over Fanta and its social channels.

3. Social influencers (shared) – the most “credible and trusted” source of content recognized by our target audience – were put at the heart of the communication plan. Simon Herck, Unagize and Angela Jakaj, three Belgian influencers were the voices of the Fanta Halloween campaign. They were the protagonists in the TV copy and in our social communication. Their mission was to motivate their followers to grab a Fanta, snap the code, create and share their personal content using Fanta filters or lenses. Of course they led by example 😉

4. On the day of Halloween (31/10) an exclusive national Fanta lens was available for all to interact with the brand with the ultimate goal to prank friends with personalized scary Fanta branded content. This lens was supported with creative DOOH networks, again featuring our local influencers.