One year after IPG announced its $2.3 billion acquisition of Acxiom, a clearer picture of what the purchase will do for the holding company is starting to emerge.
So far, IPG has focused on using Acxiom’s data capabilities across its media agencies, integrated and trained teams on how to use the data and retooled some of its leadership positions across both Acxiom and its agencies. The holding company is currently working to build out new data-powered products and introduce those later this year. At the same time, IPG is figuring out how to use Acxiom across its other agency offerings.

In the earnings calls that have followed the close of the deal, which became official in October, IPG CEO Michael Roth said that the company is pleased with the integration and attributed gradual growth for the holding company to Acxiom. Last month, during the Q2 earnings call, Roth shared news that Acxiom has expanded its relationship with a major auto distributor in the U.S. and that it had won a new financial and technology client.

IPG reported organic growth of 3% in the second quarter but that number excludes results from Acxiom. Net revenue for the first half of the year increased 11% to $4.13 billion, up from $3.72 billion in the first half of 2018.

“We want to ensure that Acxiom can stay focused and delivering on its core business, so we are being very thoughtful about how and when we engage them, as well as how we’ll bring new services and products to market,” wrote Philippe Krakowsky, chief strategy officer for IPG and chairman and CEO of IPG Mediabrands, who has been central to the deal, in an email. “On that front, we should begin to see some proof of concept in the latter part of the third quarter, or the early part of Q4.”

What’s going on inside
Still, the company does attribute some new business wins to the addition of Acxiom. “Acxiom people and capabilities have played an important part in some significant new business wins,” wrote Krakowsky. “When it comes to data privacy, and the ways in which companies need to approach data in an age of increased scrutiny and regulation, we can also now bring [an] expertise and credibility that would have been more challenging without a company with Acxiom’s pedigree.”

So far, IPG has plugged Acxiom into media agencies UM, Initiative, Cadreon and Reprise. It has also started to use Acxiom with its digital and CRM agencies, as well as in healthcare, per Krakowsky, which includes agencies like MRM, R/GA, Huge, FCB Health and McCann Health. When it comes to clients, Acxiom has been working on major existing clients and on new business opportunities, but it’s unclear exactly who those are. “As you’d expect, there is a ton of demand from across the holding company,” wrote Krakowsky.

When it comes to creative agencies, how IPG uses Acxiom will “vary widely,” wrote Krakowsky, from “using data to inform a team’s understanding of audiences and to help craft messaging depends as much on a client’s industry, and on the nature of the marketing challenge or brief, as on the creative teams themselves.”

Later this year, IPG wants to “launch new data-powered products,” according to Krakowsky, but what exactly those products will be is yet to be seen. “In terms of opportunities for growth and new products, our initial focus can broadly be described as performance media,” he wrote. “This allows us to help marketers get the best out of all their data assets, driving better and more efficient one-to-one connections with consumers, at scale.”

Over the last year, IPG has been cross-training its senior agency teams with Acxiom and looking at how the agencies’ teams are organized to facilitate collaboration among both. There haven’t been layoffs following the acquisition, per Krakowsky, who added that the holding company has made investments in new talent and that IPG has moved some key executives and their teams around internally, with some Acxiom leaders moving to Mediabrands’ onto the data and tech side and some Mediabrands’ leaders moving to Acxiom. One example of this change, per LinkedIn, is Chad Engelgau, previously the chief marketing and strategy officer at Acxiom, who in recent months has been moved to IPG Mediabrands, where he now serves as the global chief data strategist and head of client management.

Given the sensitivity around data, Krakowsky expects it to be more difficult for the company to share information publicly when it comes to data strategy than it has been for agencies to talk about creative campaigns.

Mixed reviews
Outside of IPG’s assessment that the acquisition has been beneficial to its business, one year into the acquisition, reviews are mixed. (Digiday reached out to a number of IPG clients to see if they would speak to what they think of Acxiom but did not receive responses by press time.)

“They have an owned resource with a global footprint that aligns very well with IPG Mediabrands’ footprint,” said Jay Pattisall, a principal analyst at Forrester. “As a resource for audience activation for IPG it’s a good combination. They’re very complementary, and they’re additive to the media agencies to use first-party data, third-party data to more effectively target and activate campaigns within the marketplace.”

While the data offering may be attractive to clients and a good fit for the media agencies, the real challenge will be when IPG starts to put Acxiom and its creative agencies together, according to analysts.

“The biggest challenge at most firms is developing actionable insights based on that data,” said Allen Adamson, brand consultant and co-founder of Metaforce. “People are collecting mountains of data. You can find out exactly when someone is going to brush their teeth and what toothpaste they’re using, but you only get to, ‘So what?’ The trick is to get people who can look at the data and say this is what’s happening and this is what it means.”

Over the last five years, both clients and agencies have been focused on acquiring new technology to help with marketing. Pattisall noted the focus on technology rather than creativity has negatively impacted brands’ differentiation in the marketplace. “They’re spending so much on technology that they aren’t spending enough on services and agencies so that they could create marketing and customer experiences that are different and unique and make their brands and businesses stand out,” said Pattisall. “If marketers have over-corrected and spent too much on technology, so too have the agencies as a whole.”

Owning versus renting data
In late July, during the Q2 earnings call Roth argued that the holding company’s acquisition of Acxiom and offering those capabilities to clients had been mischaracterized. Krakowsky echoed that, “There seems to be recurrent confusion around the issue of ‘renting’ versus ‘owning’ data. It’s a debate that some of our competitors, present and past, keep stoking. What we feel very strongly about is that owning the highest level of capability and expertise in data management is a significant, and increasingly necessary, asset in today’s world.”

Other holding company positions on data offerings vary. Dentsu Aegis has owned Merkle since 2016. In April, Publicis Groupe acquired its own data offering with a $4.4 billion purchase of Epsilon. WPP, on the other hand, selling its stake in Kantar to Bain Capital. Omnicom isn’t looking to buy a data offering and argues it doesn’t need one. Meanwhile, Martin Sorrell’s S4 is currently searching for a first-party data company.

What an acquisition of a data-offering like Acxiom will look like when dealing with the renewed focus on privacy and the various laws, like GDPR and the CCPA, as well as Google’s and Apple’s work to close cookie windows, remains to be seen, but Krakowsky believes the focus on privacy is an argument for owning that data. “The focus on data will only grow, and it’s been heightened due to privacy issues, GDPR and CCPA,” he wrote. “Therefore, what you want to ‘own’ is data management expertise, at scale.”

“But when it comes to the data itself, the idea that you rent or buy is misleading,” wrote Krakowsky. “You can own an important data asset, but still plug into and use a wide range of additional data sources. In fact, that’s more or less a given. Staying open-source — so as to be able to incorporate new data sets or use complementary data sets to boost the effectiveness and efficiency of your marketing efforts, instead of becoming reliant on a single ‘owned’ data set — will always be a requirement.” 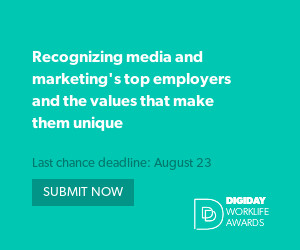